What is a Google Mobile App Ad?

A Google Mobile App Ad is a cost-per-install (CPI) ad that appears on the Google Display Network and within other apps. Though this ad type reaches mobile phone and tablet users using automatic targeting, you control where your ad is shown using topics, device, app category, and exclusions. Google Mobile App Ads are generated using existing text ad ideas and assets from your app store’s listing. You include additional text if you wish, a bid and budget, and the location and language for your ad, and Google generates ads for you. Ads are matched to the most relevant placements available, Google rotating ads and adjusting bids automatically based on your goals. This ad type is eligible to show across Google platforms, including Google Play, search, Gmail, other apps, mobile news sites, blogs, and search partners like YouTube. You are charged when a user downloads your app or performs an action. App campaigns can be optimized based on the following marketing objectives:
Menu

How to Create a Local Services Ad 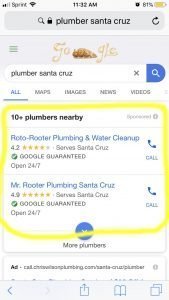 What is a Google Local Service Ad? 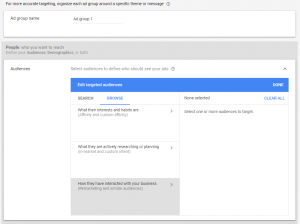 How to Create a Google Ads Remarketing Campaign