Last week we activated a Google display campaign for a client, and within a few days our client received an email from a user who had gotten annoyed with the ads. The user complained that the ads interrupted the solitaire game on his phone. The user then said that if we did not stop advertising in his game, he would leave a bad Yelp review for our client’s business.

I immediately jumped into the client’s Ads account, found any placements for Solitaire games, and I excluded those placements. While I don’t necessarily agree with that user’s reaction, we as an agency must protect the client’s reputation.

Since the game was designed to insert ads in between game play, I could easily pass the blame onto the game developer. There are a lot of games designed to encourage accidental clicks, and this may very well have been one of them. I could also blame the user for not understanding the ad system. After all, if our ads were not there, another set of ads would show instead. Despite all of that, however, we as advertisers must be sensitive to bad user experiences. We as advertisers also need to understand that advertising in general often gets a bad rap. When a user has a bad user experience with an ad, the user will not always understand the nuances of the advertising ecosystem. In the end, the profit-driven advertisers are easy to throw under the bus for the bad user experience.

In retrospect, there are a variety of settings in Ads I could have used to prevent this bad user experience. I’m going to go over 5 different settings that could have prevented this ad from showing in this mobile game and then reflecting badly on our client’s brand.

With site category options, I have the ability to exclude wide swaths of websites. This is often used to prevent ads from showing up on the untrustworthy corners of the web, which often means places associated with pills, porn, or casinos. There are also options to prevent ads from showing in types of sites, like forums, social networks, or error pages. In our particular case, I could have excluded ads from showing for the category “In-game.” This means our ads would not show in mobile games or online games where the users are more focused on leveling up and less focused on shopping for products.

Frequency capping allows me to set a limit on the number of times an ad is shown to a particular user in a day. For most campaigns, I often start with a limit of 5 impressions per user per day, and I’ll adjust it up or down depending on the campaign goal. This setting helps prevent users from feeling like they’re being followed around by your ads. If I had set a lower frequency cap, the user likely would not have felt overwhelmed with our ads

Many advertisers feel that users see ads in mobile apps as a nuisance, and they would instead prefer to stick to advertising on websites. While I would argue that plenty of apps offer effective and non-obtrusive ad placements, it is true that a tremendous amount of in-app ad clicks are accidental. If I wanted to exclude all apps, I could add the URL adsenseformobileapps.com in the campaign placement exclusions.

Since a tremendous amount of mobile ad clicks are accidental, even on mobile websites, I could turn off mobile altogether with bid modifier. I would just need to go the Settings tab and click on the Devices button. From there, I could enable a bid adjustment at -100% for mobile devices. While I think excluding all mobile traffic is generally an oversimplified approach, this would have prevented my ad from showing to our disgruntled user.

This last one is more of a post-mortem action than a prevention tactic, and it’s actually how I managed to stop advertising in the solitaire game altogether. In the Display Network tab, under the Placements button, you can see every ad and website where your ad has shown. From that list, I found the mobile app for solitaire, and I excluded that placement. In general with any display campaign, it’s a great idea to check on your placements regularly to see if you’re spending a significant amount of money for bad traffic. For example, any games labeled “for kids” or “for babies” should likely be excluded. Any apps that have an unreasonably high CTR, anything over 50%, is likely designed to trick users into clicking on ads, and those should be excluded. Also keep an eye out for websites and apps that are in irrelevant languages.

It’s always important to keep in mind that a large percentage of consumers have grown to dislike and in some cases distrust ads. This experience was a good example of why we as advertisers need to be considerate of the user experience. We need to think about the potential downside of advertising while we also consider the potential upside. Do you have any other ideas of how I could have prevented this bad user experience? Leave a comment if you know of any other way I could have stopped this ad from showing.

Need a GOOGLE EXPERT in your corner? 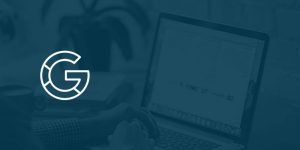 What is Google Smart Shopping?